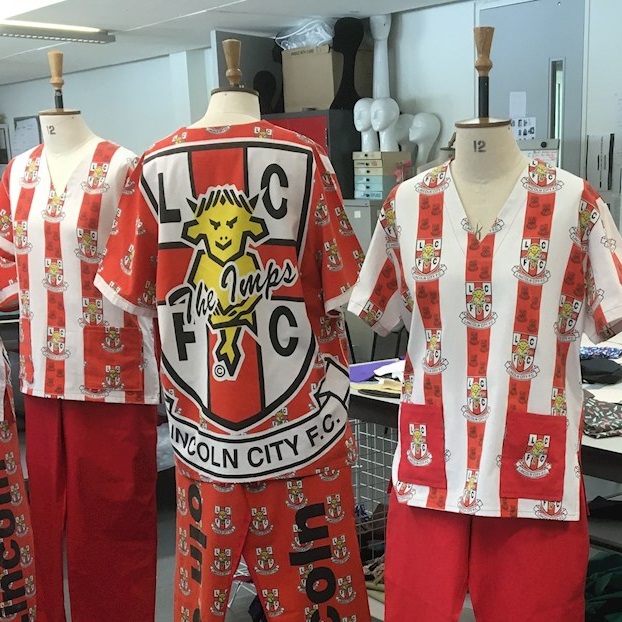 Ashley Lindsell, who is a nurse at Boston Pilgrim Hospital, set up the national campaign ‘For the Love of Scrubs’ to sew scrubs for NHS workers.

Fiona Robertson, who is a technician at the University of Lincoln and an Imps season ticket holder, is running the project locally alongside Holly Byrant and Pearl Constance.
Volunteers, including former students, technicians and over 400 community sewers have been cutting and sewing scrubs for healthcare workers in Lincolnshire. As a result, 3,674 scrubs, 5,422 laundry bags and 458 scrub hats had so far been delivered to Lincoln County Hospital on May 27.