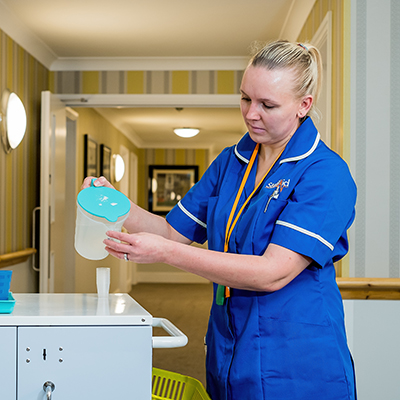 An exodus of nurses heading back to their European homeland after Britain’s decision to quit the EU has left Oxfordshire’s hospitals with an ‘extreme shortage’ of staff. Chief executive of Oxford University Hospitals NHS Foundation Trust, Bruno Holthof, highlighted the dire situation at the trust’s annual public meeting. Problems recruiting and retaining staff because of the high cost of living in the area have also played their part in nursing and support staff falling by almost eight per cent since the referendum. Speaking at the meeting Dr Holthof said there was a now ‘significant shortage’ of staff across the county. He added: “We have had quite a lot of nurses from European countries going back to their country of origin – Spain, Portugal and other countries. We need to remind our European staff that the Government has made a commitment that any European staff working in the NHS will not be impacted by Brexit – although it has already had an impact. We are extremely short of people to care for our patients and this has an impact because you have to close beds. We need more people to take care of our patients and that’s a primary focus for us given the shortage.” The trust, which runs the John Radcliffe Hospital and the Churchill Hospital in Oxford as well as the Horton General Hospital in Banbury, is currently trying to fill about 450 nursing vacancies.