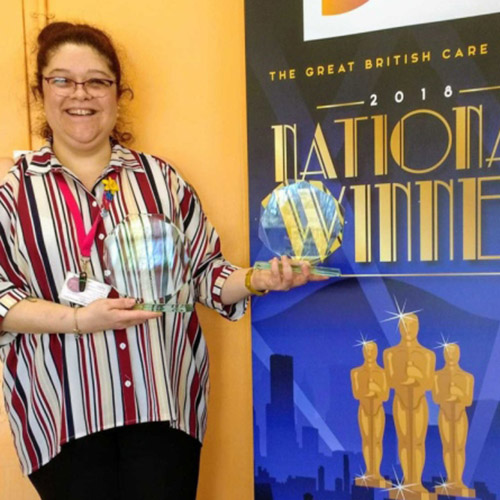 Mother-of-one and dementia support worker, Suzanne Warnes, 45, has been recognised as the country’s top dementia carer at the 2018 Great British Care Awards. Suzanne works at the Independence Matters-run Harford Hill Dementia Day Service on Norwich’s Ipswich Road, and she has dedicated years to caring for people with dementia and making people more aware of the condition. Suzanne won the regional Dementia Carer Award last year which meant she was automatically put forward to the national Great British Care Awards. Ms Warnes was up against eight other regional winners at the national ceremony in Birmingham and received the main Dementia Carer Award from Radio 2 presenter Jeremy Vine. As well as supporting those with dementia and their families at the day centre, she supports people living with the condition in their homes. Ms Warnes is also a Dementia Friends champion which involves training individuals and organisations in supporting people with dementia. Ms Warnes said: “When they called my name my stomach hit the floor. Everything went numb. It was unbelievable.”