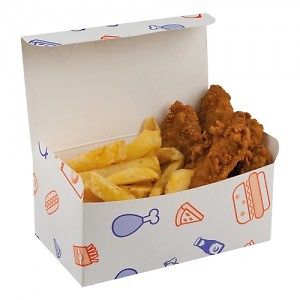 A study published in the journal Nutritional Neuroscience might make you think twice about that McDonald’s Deliveroo order. The study found that young adults aged between 18 and 29 who consumed fast food three times a week experienced higher levels of “mental distress,” such as anxiety or depression, than those who didn’t. While fast foods with high saturated fat content were shown to be detrimental to young adults’ mental health, a lack of meat also contributed to low moods. 18 to 29-year-olds who consumed a low level of meat—classified as fewer than three times a week—supposedly experienced worse mental health. This isn’t the first time eating has been linked to your mental wellbeing. A major study conducted by Spanish scientists found that a measurable link exists between depression and what you eat, while baking has been shown to improve crappy moods. Even just the taste of food can change how you feel—research conducted by anosmia charity Fifth Sense found that 43 percent of people suffering from loss of smell or taste experienced depression as a result.