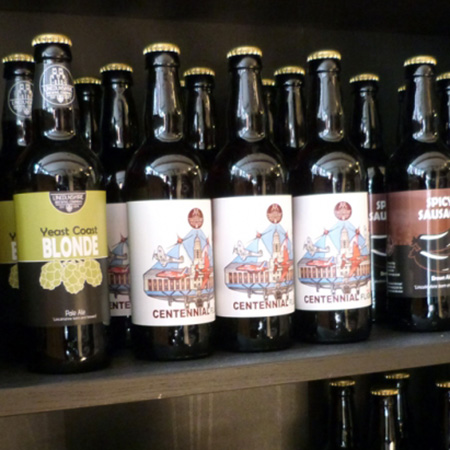 Lincolnshire Brewing Company, in partnership with Visit Lincoln, has created the Centennial Flight ale – and it’s well worth a bottle (or two) to pay homage to the RAF. The drink is brewed with Centennial hops which are renowned for their citrus and floral aroma – meaning it has a pungent and appealing whiff. The ale also includes pilot hops which offer a spicy marmalade note. The ale bottle comes complete with the RAF Lincolnshire toolkit badge on the label in a nod to the RAF’s 100th anniversary this year. Karl Brown, head brewer and co-director of Lincolnshire Brewing Company, said: “As a Lincolnshire company, we wanted to mark the 100th anniversary of the RAF. Visit Lincoln and Lincoln BIG have organised an exciting programme of events which will bring many visitors and residents into the city. Our customers love commemorative ales and this is the second one we have done in partnership with Visit Lincoln.” The beer is available to buy from retailers such as The Crafty Bottle where it will be sold in 500ml bottles for £3 as well as in various pubs and bars across Lincoln and on all local RAF camps.