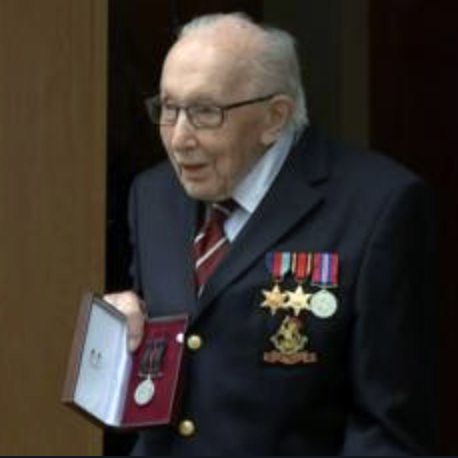 Captain Tom Moore, the World War Two veteran who has raised almost £30m for NHS charities, is celebrating his 100th birthday, after being promoted to the rank of honorary colonel. Captain Moore had originally set out to raise £1,000 by walking 100 laps of his garden, but after his story captured the nation’s heart the donations flooded in. In recognition of his achievements, Chief of the General Staff General Sir Mark Carleton-Smith has promoted him to the rank of honorary colonel of the Army Foundation College, a promotion approved by the Queen.